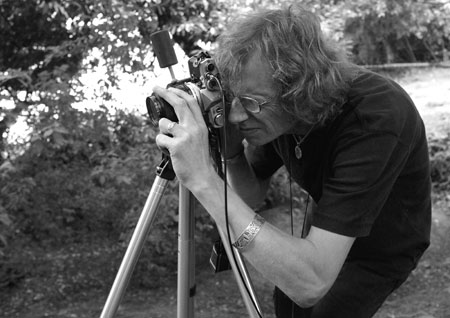 He has been captivated by photography for as long as he can remember. His grandfather and uncle were enthusiastic photographers, and it was his uncle who gave Paul his first camera when he was ten. As Paul’s interest grew so did his desire to own a single lens reflex camera. And after much hinting, he received one for his fourteenth birthday from his parents.

Paul's love of photography, particularly monochrome, continued to grow and he set up a darkroom in his bedroom. This was a vast learning curve; never having had any formal training, all Paul's knowledge was gained through reading and experimenting. He received much encouragement from his family and friends and held his first exhibition in September 1998 as part of Somerset Art Week. It was because of this success that he decided to enrol on a photography course.

In 1999 Paul was accepted onto the Distinctions Course in Applied Photography at Dillington House, tutored by Ron Frampton FRPS. This was a unique course that specialised in fine black and white printing – the encouragement generated by both the tutor and other students was a constant source of inspiration.

Paul works using traditional monochrome methods to produce exhibition quality prints on silver-based fiber papers. The finished prints are dipped in selenium for archival permanence and image enhancement.
In 2004 Paul gained the Associateship of the Royal Photographic Society in Applied and Professional Photography.

Paul’s photographs have been shown in numerous exhibitions and published in books and national photographic magazines.